Our passion is Character-based Capitalism 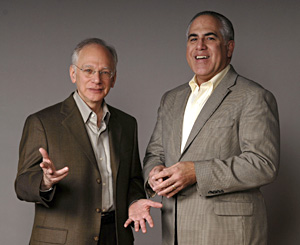 Together, the GuideStar principals have accumulated over eighty years of combined service and experience through leadership and management positions in business, government, and education. With the publication of the book, It’s My Company Too! co-authored by Dr. Ray Benedetto who co-founded GuideStar, we sharpened our leadership development programs to focus on practices for Character-based Capitalism. These practices help your executive team create a character-based culture, where employees act as owners, use discretionary time for critical thinking, and generate new ideas that drive innovation, productivity, and growth.

Early in his life, Dr. Ray Benedetto learned the importance of leadership and management. He began his career in the military, serving in numerous leadership and staff assignments with the United States Air Force and Department of Defense (DoD). While with the military, Dr. Ray received challenging and unique assignments, such as being part of the leadership responsible for restructuring the post-Cold War military services and transforming the Military Health Services System. As a result of his significant contributions, Dr. Ray completed a distinguished military career in 1996 as a Colonel and with the receipt of the Department of Defense Superior Service Medal.

After reentering civilian life, Dr. Ray continued his work in organizational transformation. He began this endeavor by leading corporate transformation efforts for medium- to large-companies until 2005 when he partnered with Steve Fallek. The two wanted to create an organization development practice to address the needs of small- to mid-sized companies, their business owners, and their organizational leaders.

Dr. Ray is an executive change leader with distinguished expertise in leadership, strategic development, change and merger management, and customer-focused, continuous quality improvement. With over 40 years of experience in this field, Dr. Ray has mastered the ability to uncover the important aspects of leadership and management in public and private sectors and how to effectively execute transformative leadership across all organizational levels.

Dr. Ray holds a Bachelor’s degree from Penn State, a Master’s from University of Southern California, and a Doctor of Management in Organizational Leadership from the University of Phoenix. He has been board certified in Healthcare Management since 1981, a Fellow of the American College of Healthcare Executives (ACHE) since 1986, and a graduate of several executive courses such as the Interagency Institute for Federal Healthcare Executives at George Washington University and various professional military schools, including Air War College.

As well as continuing with his practice, GuideStar Inc., Dr. Ray holds a practitioner-faculty position with the University of Phoenix MBA Program in Chicago where he teaches leadership, management, and strategic change. He is co-author of “It’s My Company TOO! how Entangled Companies Move Beyond Engagement for Remarkable Results” (Greenleaf Book Press Group, 2012) (Amazon 5 –star rating). 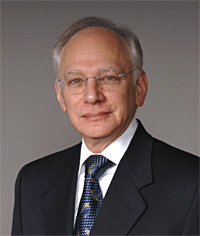 Steve has been in executive management with leading companies in the insurance industry headquartered in Chicago. He began this career with eight years in various market research and planning positions at CNA Insurance. Steve then joined Blue Cross and Blue Shield Association in its planning department and rose to become the director. After twelve years with the Blue Cross and Blue Shield organization, he accepted a position at Zurich Insurance to lead its planning department. During his seventeen years with Zurich, Steve was elected as a corporate vice-president and played a leadership role in guiding the company through two organizational transformations. Throughout this career, Steve worked directly with the top executives of these major organizations. He guided enterprise and division level teams through group problem solving and consensus building to develop breakthrough strategies and implementation actions that improved performance and profitability.

Steve was a member of the Workforce Board of Northern Cook County from 1999 until 2006. He served as Chairman for two terms and Vice-Chairman for one term. In 2003, Steve was nominated for the Governor’s Individual Leadership Award for contributions to service delivery restructuring, governance strategy, and an industry sector strategy for the Chicago metropolitan region. The Board is a business led coalition of private and public sector members that creates alliances to build a talent pool that attracts and sustains businesses.

Steve partnered with Dr. Ray Benedetto to form GuideStar, Inc. in 2005. Together, they have evolved its mission to help leaders achieve sustained growth and profitability for their businesses through Character-Based Capitalism and entanglement.